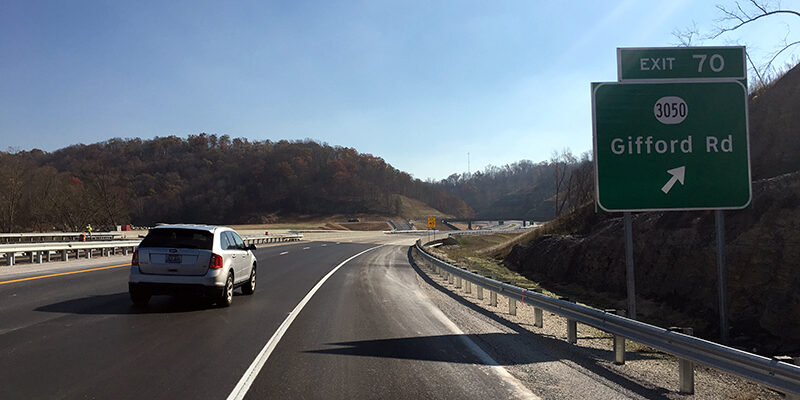 Eastbound traffic will move onto two new lanes, between mile points 69 and 72 of the Mountain Parkway. One lane will be open to westbound traffic while construction crews complete paving and striping on that side of the expanded parkway, near the new Gifford Road interchange.

Speed limits have been reduced in the area, and signs will be posted to alert drivers of the changes.

“This is a significant improvement for the parkway,” said Marshall Carrier, the Kentucky Transportation Cabinet’s project manager for the Mountain Parkway Expansion. “Dividing eastbound and westbound traffic is one example of the major changes we’re making all along the Mountain Parkway to make it safer and more convenient for travelers in Eastern Kentucky.”